As a sea witch, Ursula has certain powers that made her a threat to King Triton: 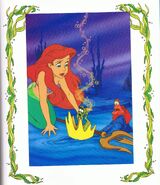 Triton being withered into a polyp in Ariel's place 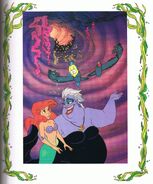 Ursula making a deal with Ariel, with her "Poor Unfortunate Souls" visible near the entrance to her lair 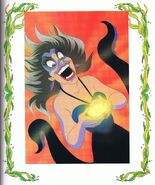 Ursula disguised as Vanessa
Add a photo to this gallery
Retrieved from "https://disneyvillains.fandom.com/wiki/Ursula%27s_Spells?oldid=129885"
Community content is available under CC-BY-SA unless otherwise noted.