Professor Zündapp, is a scientist and weapon designer in the 2011 Pixar film Cars 2. He is one of Miles Axlerod's main henchmen.

He was voiced by Thomas Kretschmann.

"Professor Z, aka “The Professor,” is an internationally-wanted weapons designer in a small, sophisticated German package. He is a brilliant but mad monocle-wearing scientist who is plotting to sabotage the World Grand Prix. Though his true motive is unclear, Professor Z is willing to do whatever it takes to eliminate all obstacles and keep the “project” on schedule."[1]

Professor Z is an evil, greedy, ruthless, devious, intelligent and mad German scientist. Professor Z is a smart genius, while his henchmen are stupid dimwits. He is also even more evil than Sir Miles Axlerod. But he is full of so much humour that unlike his boss, he can't be taken too seriously.

During the film, it is learned that the Professor is not the main villain, nor is he the leader of the lemon cars. As it turns out, he is actually working for WGP creator Sir Miles Axlerod. Since Professor Z is a scientist, Miles Axlerod has him invent an electromagnetic pulse device, which is disguised as a World Grand Prix camera, to use on the racers that use the gas Allinol. This was all part of a plan to turn the world against alternative energy and have all cars rely on gasoline, bringing profits to the lemon cars and himself due to the fact that they own the largest untapped oil reserves in the world.

It turns out that Professor Zündapp and Axlerod engineered Allinol not as alternative energy, but actually made it from gasoline that would ignite upon being in contact with the electromagnetic pulse.

Following the sabotage of the Italy race, it would seem that Allinol was finished, until Lightning McQueen announced that he would use Allinol for the final race in London. Professor Z then received instructions from Axlerod to kill McQueen during the race. However, they then discovered that Mater had infiltrated the meeting disguised as Ivan, who escaped to warn McQueen but the lemons managed to capture him, alone with Finn McMissile and Holley Shiftwell.

The lemons then moved to London to enact the final stage of their plan. However, they were unaware that Sarge had secretly switched McQueen's Allinol with Fillmore's organic fuel, making him immune to the EMP. Thus, Zündapp ordered Acer and Grem to switch to the backup plan: they'd trick Mater into thinking that they planted a bomb in McQueen's pit for what he returns there, when in truth the bomb was hidden in Mater's air filter, at which the tow truck would escape due to being held by thin frayed ropes and attempt to warn McQueen, before Zündapp remotely detonates the bomb. However, Finn and Holley managed to escape also and discover the plot and managed to get a warning to Mater. Mater then attempted to get some distance from McQueen as the racecar chased him. But just as he managed to snag Mater's hook, the tow truck activated his rockets, causing the tow to race out of range of the detonator, to Zündapp's fury. Then spotting Holley hovering outside his window, guns drawn, Zündapp panicked and fled. He attempted to get to Tony Trihull but Finn caught up to him and snagged him by the bumper with his grappling hook. However, Tony drew the two towards him with a giant magnet, causing Zündapp to lose his monocle and Finn most of his weapons, as the warship targeted the spycar with missiles. However, Finn released multiple mini-bombs, which killed Tony and allowing him to capture Zündapp.

Brought before McQueen, Mater and Holley, the Professor demanded to know why his 'death ray' didn't kill the race car. Finn then ordered him to turn off the bomb. Zündapp confessed that the bomb is voice activated. But as Mater finds out, only the car who armed it could deactivate, starting a five-minute timer. Holley threatened Zündapp, who confessed that he didn't arm the device, shaving off another minute and casually asked if anyone else would like to try, before being tazed by Holley. He ultimately is arrested in London with Axlerod and the remaining lemons for their crimes.

In Kinect Rush: A Disney/Pixar Adventure, Professor Z appears on pictures that the player has to hit to get extra points when a new goal is unlocked in the first Cars level.

In the second level, he is heard talking as he tries to stop the player and Holley Shiftwell from deactivating the bomb on Francesco Bernoulli. He makes a physical appearance in the third level. He is in the helicopter with a convoy of trucks full of bombs. Throughout the level, he tries to stop Finn McMissile and the player from finding out where the bombs are being taken. In the ending cutscene, he shoots a missile at the player while in midair, but the player dodges the missile and pushes Professor Z out of the helicopter before the missile hits the helicopter. Finn asks Professor Z if everyone is all right in there, only that he replies saying no thanks due to Finn, who then says, "No thanks required, mate. All in a day's work." When the level is completed with the player seeing their score and what they unlocked, Professor Z is seen with a parking boot, as to prevent him getting away. 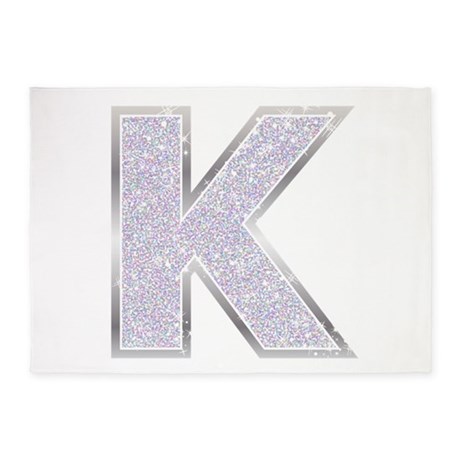