P.H. De Vil is Cruella De Vil's cousin from 101 Dalmatians: The Series. According to his sales pitch, he's an "evil genius, mad scientist, and junk food connoisseur." He is voiced by Jeff Bennett.

P.H. De Vil is considered to be the most brilliant of all the De Vils, though he is also one of the more successful De Vils. He has amassed his fortune through using science and technology to his advantage, though he also owns an ice cream factory, and he once used Rolly as a test subject for his junk food business animal testing in order to determine the best flavors and the potential side-effects that they contain. Due to his innate genius when it comes to technology, Cruella De Vil often employs P.H. in order to help her with her own schemes, in which P.H. manages to successfully defy the laws of physics in many instances to help her out. Unlike Cruella, however, P.H. doesn’t have any qualms with people and he tends to help Cruella out just for the sake of using science, though he tends to head back to his home whenever he feels Cruella can handle any given situation on her own. In his spare time, P.H. likes to participate in swap meets for his fellow mad scientists, though he also spends a lot of time repairing Cruella’s television set, since he finds himself at her place every time she watches the news, as she tends to throw her remote at the television in anger. Due to the fact that he’s helped her out for so long, P.H. De Vil is Cruella De Vil’s closest relative and her loyal friend, though P.H. has his own ambitions that he wishes to one day be able to complete. 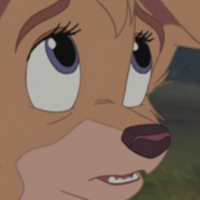 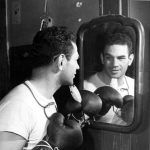