Kuala is the pirates' captain and main antagonist in Disney's Swiss Family Robinson.

Kuala and his pirates are first seen on their ship, approaching another ship they chased into a raging storm two nights ago that was carrying a family from Bern, Switzerland to New Guinea, the Robinsons: Father Robinson, Mother Robinson, Fritz, Ernst, and Francis, and which got stuck on the rocks next to a new island on that stormy night. When Kuala notices Father and his two eldest sons on the ship, he orders his men to fire the cannons at them. When the Robinsons try to fight back with a cannon of their own, Father manages to simply scare Kuala and his pirates away by hoisting up a quarantine flag to warn them that there's Black Death aboard.

A few days (weeks or months) later, after the Swiss family have settled down in their new home on the island, Kuala and his men have returned to the island after having taken a British ship and two of its passengers as prisoners: Captain Moreland and his granddaughter, Roberta, disguised as a cabin boy named "Bertie" to avoid being found out by the pirates. Kuala and some of his men come to take a close look at "Bertie". Then, Captain Moreland offers to make a deal with Kuala; the Captain writes a ransom note for lots of money in exchange for their freedom. Kuala agrees to release them but only after he has been paid a lot of money and decides to take "Bertie" with him. When the Captain threatens to refuse writing the ransom note unless they give him back "Bertie", Kuala orders his men to give the "boy" back to the Captain and proceeds to discuss matters with his men. When Kuala and his pirates decide which crew is going to take them, a fight ensues which leads to Kuala killing some of his men while the rest fight and kill each other off.

During the fight, Fritz and Ernst manage to save "Bertie" until Kuala spots them and orders his men to stop the fight, kill the boys, and bring back the cabin "boy" as he still holds Captain Moreland captive.Despite failing to find and capture "Bertie" again, Kuala and the pirates set sail for England to ransom the Captain.

A few days later, after ransoming the Captain, Kuala and his men return to the same island to search and ransom the "boy". When he hears a gunshot, he orders his men to go ashore and begin the search. Once they are ashore, Kuala and some of his men notices two dogs chasing a zebra but that doesn't stop them from continuing their search for the "boy". When Kuala hears Francis whistling for the dogs, he quickly spots Roberta and the family and fires at them. Then, the fight commences. Luckily, the family came prepared for such an occasion by setting up snares, traps, and entanglements including a pit with a tiger inside. Despite their fears, Kuala threatens to kill his men if they don't proceed with the attack.

After failing to reach Roberta and the family on the hilltop and suffering many casualties due to coconut bombs, falling boulders, and rolling logs, Kuala orders what's left of his men including the ones still on lifeboats waiting for the signal to attack their enemies from the rear. As a distraction, Kuala puts up a flag of truce and offers the family a deal; the "boy" in exchange for their lives but they prove to be too smart to listen to such nonsense and this angers Kuala, who proceeds to attack them, while his men sneak up on them from behind on a cliff. Luckily, thanks to Francis' pirate alarm, Roberta and the family are able to stop the pirates from reaching them by shooting or hitting them with guns and pushing or throwing them off the cliff while Kuala tries to sneak up on them. When all hope seems lost, cannons are heard firing from a distance. It is revealed that the cannons are coming from another British ship commandeered by Captain Moreland. This causes Kuala and his men to flee in terror and return to their ship as Kuala swears retaliation. But as Kuala and his men are returning back to their ship, the cannons manage to kill him and his men and destroy their ship and lifeboats once and for all. 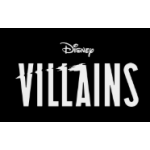